Our office has moved FULLY ONLINE

Effective March 18, 2020, our physical office space in T208 will be closed. Our staff will continue to work remotely during regular working hours. If you have any questions or concerns related to the Health Sciences, Education & Wellness Institute, staff can be reached at phone number (425) 564-2012, email hsewi@bellevuecollege.edu or through our Contact Us form.

A prefix is a number, letter, or word that is placed before another word and changes its meaning. By memorizing a handful of prefixes, you will be able to deduce the meanings of words you didn’t know before. 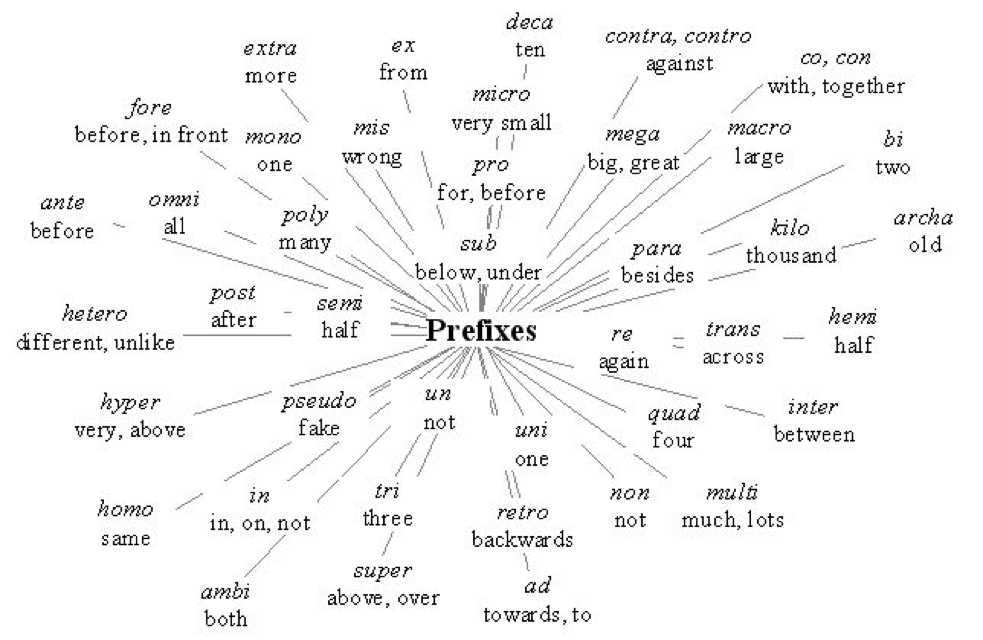 Unlike a prefix, a suffix is an affix at the end of a word that can help you better understand or deduce the word’s meaning. Below is a chart with some common suffixes: 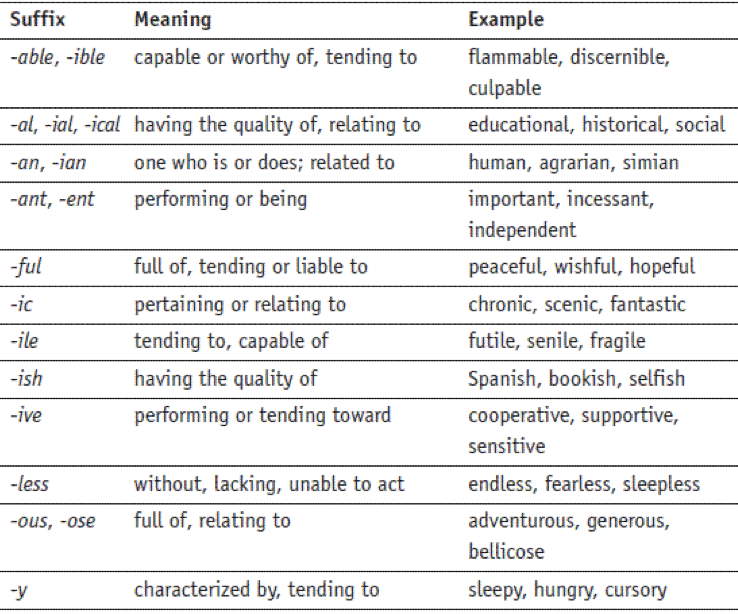 Recognizing affixes (suffixes and prefixes) will make you a more capable reader and save you time. Below is a list of common affixes categorize by use: