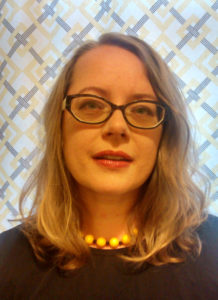 Kelly Froh was born in Sheboygan, WI in 1974. She graduated from Emily Carr University of Art & Design in 2006 with a BFA in Fine Arts. She has self-published many mini-comics and zines including the all-comics magazine “The Weeknight Casserole Collection” and the Ignatz-nominated “Stew Brew” (in collaboration with her partner Max Clotfelter). Her comics and stories have appeared in The Seattle Weekly, The Seattle Review of Books, Popula, Burning House Press, PEN America, Rookie, Poetry Northwest, Moss, and The Women’s Review of Books. She is an art instructor with Seniors Creating Art, a nonprofit that offers free art classes for seniors 55 and up. In 2015 she was nominated for a James W. Ray Venture Project Award. Kelly has performed at the Hugo House’s acclaimed Literary Series, Lit Crawl, Pecha Kucha, On the Boards, APRIL, Spark Central, and at Bumbershoot. Kelly is also the co-founder and Executive Director of Short Run Comix & Arts Festival.