BC Students Honored for Scholarship and Achievements

On campus, Young was involved with the Helping Hands Club, the Docs & Dens Club and Peer-to-Peer mentoring. She also tutored in the Academic Success Center and worked as a lab assistant. Young also volunteers at New Hope Health Center.

Two high-achieving BC students representing BC on the Washington All-Academic Team were recognized during a ceremony at South Puget Sound Community College in March: Hoang (Henry) Vu and Benedicte Diakubama. 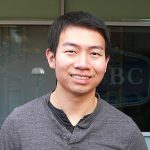 Vu, 25, originally from Vietnam, has a 3.97 GPA. His campus activities included Peer-to-Peer Mentoring, and serving as a Phi Theta Kappa officer. He volunteers with ESL learners at King County Library, and translates information for Vietnamese families at Hopelink. He graduated from BC in June with an Associate in Elementary Education Degree (DTA/MRP*). 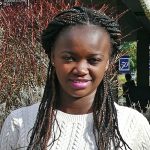 Diakubama, 20, an international student from DR Congo, has a 3.88 GPA. She serves as an International Student Ambassador, Peer-to-Peer Mentor and is an African Students Association officer. She will graduate from BC after fall quarter with an Associate in Science Track II: MRP Chemical & Bio Engineering, and ultimately plans to work in the petroleum industry.

BC DECA Participants Do Outstanding Job

Congratulations to our winners and top 10 finalists:

At the regional DECA conference in Spokane in January, BC fielded the largest team. Now in its third year, the BC team produced 19 state champions and had 37 top three finalists.