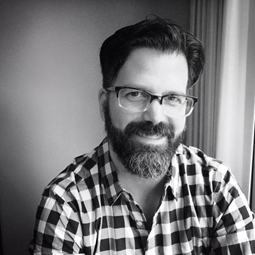 Dr. Brian Cobb has been on faculty at Bellevue College since 2006. Presently, Dr. Cobb serves as the music department’s private instruction, music theory, and instrumental music activities coordinator, as well as an instructor in the fields of music theory, composition, music history, music technology, and jazz performance. Cobb is also involved in Bellevue College’s Interdisciplinary Studies and teaches a history of cinema and film music course with instructor Ron Austin. He is the founder and director of the Bellevue College Composer’s Studio. Cobb moved to Seattle in 2001 from the east coast to pursue his doctorate degree (D.M.A. ’06) in music composition from the University of Washington. He has also received degrees from the University of Massachusetts (M.M. ’00) and Berklee College of Music (B.M. ’96), both in the field of music composition. Cobb has taught music at the University of Washington and the University of Massachusetts, Shoreline Community College’s Summer College, and as guest lecturer at Pacific Lutheran University, Western Oregon University, Central Washington University, and Seattle Conservatory.