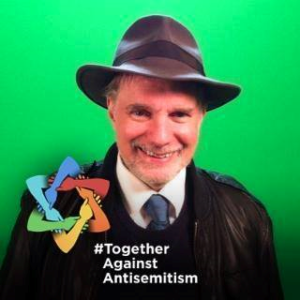 Michael Korolenko was  born in New Jersey and raised in Brooklyn, New York, which in itself is a  frightening concept to contemplate. He did undergraduate work in English and  film at Vassar College where he was in one of the first co-educational  graduating classes which to this day causes him endless consternation. While  doing graduate work in film and communication at Boston University, he  experienced both the worst winter and the worst summer in Boston’s history. He  received his Masters of Science degree for his thesis film, “SINCE  ’45,” a documentary on recent American history and the media. The film  went on to win a student Academy Award for Best Documentary as well as the  Focus Competition Award. It was screened at both FILMEX in Los Angeles and the  New York Film Festival and was televised nationally on Showtime, the Discovery  Channel, and Jim Lehrer’s PBS series “U.S. Chronicle.”

During the period of time that Michael lived in New York City, he made his  living as a writer and a maker of films. He was on the ground floor of  interactive multimedia, working with the firm of Ramirez and Woods and MIT on  an interactive exhibit for the US Pavilion at the Knoxville World’s Fair. He  also created an interactive multimedia science lesson chosen by IBM for use  throughout Europe, a project on which he foolishly accepted a flat fee. He also  made numerous independent films, including “CHORDS OF FAME,” a  musical biography about American folk singer Phil Ochs and the 1960’s, funded  in part by grants from both The American Film Institute and The National  Endowment for the Arts. He made a short “electric folk operetta,”  “TAMLIN,” based on an old Scottish ballad, as well as numerous  corporate films. He also appeared as an extra in the feature film  “Somewhere In Time,” but his big scene where he bumped into  Christopher Plummer was cut.

Michael moved out to Issaquah, Washington in 1986, working for awhile with Phil  Lucas Productions, Inc., a Native American owned company. While at Lucas  Productions, Michael wrote the legend sequences of the “Walking With  Grandfather” series. Shown nationally on PBS and the winner of the  National Educational Gold Apple Award, the series dramatized Native Indian  legends. Michael began teaching at BC in 1992 and went on to make a series of  short documentaries for the school dealing with new technologies. During this  period, Michael’s fantasy story “Reynardine” was in the “Life On  The Border” anthology series published by TOR and his textbook “Writing  for Multimedia” was published by Wadsworth. His second textbook,  “Storytelling and Design For The Digital Age”, co-written with Bruce Wolcott,  was published by Pearson.

In 1999, “Arcadia,” another fantasy tale by Michael was  published in “The Essential Bordertown” anthology. He worked for a  while at Microsoft as a writer for MSN’s Online series about modern U.S.  History: “Retrospect 360.” It was here that he learned never to  threaten the life of a graphic designer. Michael has also spent the last eight  summers working on dramatic videos as part of his “Making Movies”  class (no wonder he has no social life). “ROCKET MAN:  The  Musical!”, the third of a trilogy of really bad 1930’s adventure serials  was his last Making Movies opus and “Samantha In Waiting” was shot in the  summer of 2009 by his Directing Actors for Film class. Last year, he directed a  professional dramatic film titled “Of Yesterday and Tomorrow” where  many BC film students worked as crew and assistants.  He has also recently completed “Rocket Man and the Aerial Fortress.” His newest textbook,  “Digital Futurama” co-written by Bruce Wolcott was also recently  published by Kendall-Hunt.

Michael is currently editing a film called “Alternatives” and looks forward to its completion.