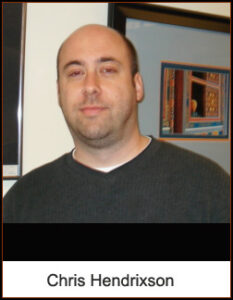 A local native, Chris Hendrixson grew up on the mean streets of Kent and Renton.  He completed his undergraduate work at Washington State University and after a brief stint setting up an equity trading operation for a small company, he then continued on to graduate school at the University of California in Santa Barbara specializing in developing economies and industrial organization.  Although he enjoyed his time in California, Chris was known to remark that he missed experiencing seasons such as Fall, Spring, and Winter (to a lesser extent) and ultimately returned to Washington state.

Chris eventually began teaching Economics at Green River and Bellevue Community College (which have both since worked hard to drop “Community” from their names).  Although he himself has lost count of the years, others that have followed his career point to the early 2000s as the time period in which he began.  Still others claim that this date must be more recent, pointing to his maturity level as evidence.

As a distinguished man of leisure, Chris enjoys many of the finer things in life … film, music, binge watching Netflix, reading literature, shopping at Home Depot on the weekends.  As a man of culture, but limited means, he enjoys traveling when possible and watching the crude gladiatorial contests of American Football on television.  He also enjoys dabbling in foreign languages, in preparation of waking up in an unknown land with no memory of how he arrived.

His dislikes are far too numerous to mention, but include a dislike of those that write about themselves in the 3rd person.