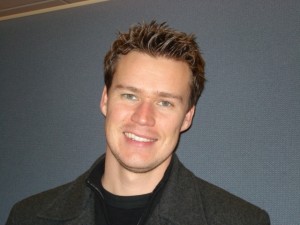 My name is Tim Jones and I am a Senior Associate Professor of Political Science at Bellevue College. I live in Seattle, I’m married, and I have two kids who keep me busy when I’m not working. I was born and raised in the Pacific Northwest, and I am the first member of my family to graduate from college. I earned a Bachelor of Arts in Political Studies and International and Intercultural Studies from Pitzer College in 2000, a Master of Arts in Political Science from the University of Washington in 2006, and a Doctor of Philosophy in Political Science from the University of Washington in 2012. I have published in several academic journals, including: Communication Research, Journal of Communication, International Journal of Communication, Media, War, and Conflict, and Political Communication, but my passion is teaching. I won a Teacher Tribute Award from Stanford University in 2016 and a Lockwood Distinguished Faculty Award in 2017. I am also the adviser for the award-winning Bellevue College Model United Nations (MUN) program.

In my classes I try to foster a deep-seated commitment to social justice and civic engagement. No matter how many times I teach a subject or how much I think I know about it, I always try to approach my next class as if I were teaching it for the first time. If I want my students to be excited and open-minded about a subject then I believe I need to model that attitude and behavior myself. In Buddhist terms, I try to adopt a “beginner’s mind” rather than an “expert’s mind.” An illustrative quote in this respect, which I like to share with my students is “In the beginner’s mind there are many possibilities, but in the expert’s there are few.” What this means for me in practice is that I try not to introduce any topic that I am not truly interested in myself; I regularly try out new teaching techniques; I often reinvent assignments; and I am up-front about the fact that I do not have all the answers. It also means that I encourage my students to question convention and authority, including my own, and to consider alternative ways of thinking and relating to the world. In the process, I try to have as much fun as possible as I believe that what we learn with pleasure we are less likely to forget. In the end, I hope my students leave my classes more curious, more critical, more self-aware, and more self-confident than they were when they entered.

Courses Taught at BC