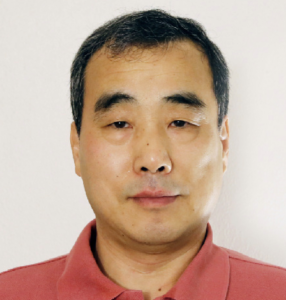 During his years of serving as a professor in Korea, he was the head of a huge project called Cultural Contents Industry Manpower Training Enterprise. The project, focusing on the areas of game and mobile contents design, was set up under the auspices of the Korean Ministry of Education. Important tasks included operation of innovative educational programs; training of international, specialized, human resources; establishment of an international R&D and business network; and creation of an industrial-educational exchange and employment network.

While serving as a professor, he visited Uzbekistan more than 15 times for voluntary services. he taught hundreds of individuals including young students, teachers, government officials, and professors. He published two books for the people, and the books were given away for free. Those were the first IT books written in the Uzbekistan alphabet. Most of his voluntary services in the country were teaching and developing new IT education programs. Because of long-term voluntary services, he received an honorary degree from Tashkent State University of Economics in Uzbekistan.

He has a lot of experience not only in teaching Computer Science but also other academic activities, including publishing IT books and research papers, developing new AI technologies for mobile apps, and establishing international collaboration programs. He wants to share those variable experiences with students here in BC.