History courses are being taught remotely. Please contact your instructor if you have questions about your remote course, or visit the Bellevue College Remote Learning Guide. 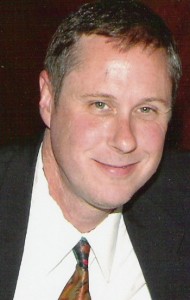 Robert Doan has been teaching History for over twenty years, including seven at Bellevue College. After Dr. Doan earned a B.A. in Psychology, he completed his Ph.D. in History from Temple University in Philadelphia. His dissertation, “Green Gold to the Emerald Isle,” explored the financial, nationalist, and familial connections that Irish immigrants maintained with their homeland from the 1850s to the 1920s. Dr. Doan’s areas of specialization include European and U.S. History of the late 18th through the early 20th centuries, and the effects of industrialization, urbanization, and migration in Europe, the U.S., and across the world. Originally from Eastern Pennsylvania, Dr. Doan is an avid fan of the Phillies and Red Sox, as well as the Mariners and Seahawks since moving to Seattle in 1999. One of his prime passions in life–and one that influences his love for learning and teaching about ancient civilizations, their cultures, philosophies, and religions–is world travel. Dr. Doan has visited nearly 70 countries across the globe, sharing his experiences in Europe, India, China, Latin America, and East and South Asia with his students.