"How inappropriate to call this planet Earth when it is quite clearly Ocean." – Arthur C. Clarke 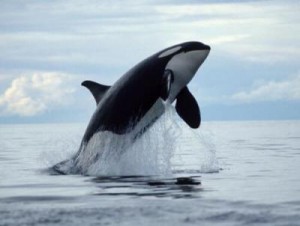 Oceanography is the study of the ocean and all of its living and non-living components. The term “Oceanography” was coined by Sir John Murray (1841-1914), a member of the Challenger Expedition, a global oceanic voyage during 1872-1876 that is widely recognized as the beginning of the true scientific study of the Earth’s oceans. Oceanography as we know it today consists of several distinct but related sub-disciplines, including Geological Oceanography, Chemical Oceanography, Physical Oceanography, and Biological Oceanography. Marine Engineering and Marine Resource Management (including fisheries) are also often included under the marine sciences umbrella. Some of the most important discoveries and developments in oceanography have been the result of integrated, multidisciplinary studies involving geologists, chemists, biologists, physical oceanographers, and engineers.

At Bellevue College, Oceanography is one of five sciences that comprise our Earth and Space Sciences Program (the others are Astronomy, Geology, Environmental Science, and Meteorology).