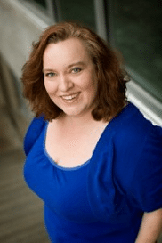 Bradetta loves being part of the Bellevue College Theatre Arts team. You may have seen her around Seattle as an actress at The 5th Avenue, Village Theatre, Seattle Musical Theatre, Seattle Public Theatre, The Group, Music Theatre Works and various other companies. She has directed over 40 shows, including three at Bellevue College: Getting Out, You’re a Good Man Charlie Brown and Dog Sees God. She is a playwright who has written several full length and 10 minute plays. 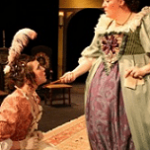 Her play Exposure was given a reading at the Seattle Rep by the Northwest Playwrights Alliance. Bradetta trained in the Suzuki and Viewpoints acting methods with Rich Brown, Alison Roux and Shanga Parker and now has the pleasure of sharing that work with her students. In 2011 she began the process of sharing and creating the craft of “Devising” new theatre pieces with BC students and looks forward to more development and presentation at KCACTF (Kennedy Center American College Theatre Festival.)

Bradetta was a multiple Irene Ryan Acting Scholarship nominee and semi-finalist at KCACTF and loves supporting the program as an Instructor.

While touring with Seattle Public Theatre she had the opportunity to teach workshops in Augustus Boal’s  “Theatre of The Oppressed” which still inspires her teaching today. She teaches Audition, Musical Theatre, Drama 101, Beginning and Advanced Acting – and loves every minute of it! Bradetta can be still be found acting in and around Seattle, singing in coffee shops, and giving audition advice on her blog, “Bradetta’s Audition Tips.”