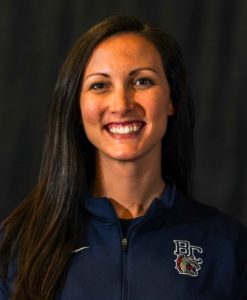 Jocelyn recently completed her sixth season as the Bellevue College volleyball head coach after taking over the program in 2014. Jocelyn was an assistant for the Bulldogs the previous three seasons (2011-2013).

The Bulldogs also finished seventh at the NWAC Championship tournament in 2015 after finishing second in the Northern Region record with a 9-3 mark and 23-16 overall record.

Jocelyn was born and raised in Kansas where she competed at Hesston College in Hesston, Kan. and was named NJCAA National Player of the Week and a 2007 NJCAA Division II Volleyball All-American. 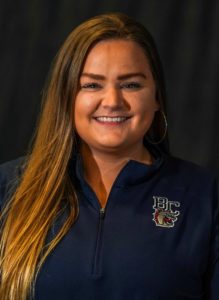 Angela is entering her eleventh season as an assistant coach for the Bulldogs. In her first seven seasons, Angela has helped coach the Bulldogs to three seventh-place finishes at the NWAC Championship tournament. In the off season she has coached for Villa Academy in Seattle.

Angela grew up in Kirkland attending Juanita High School and moved on to play in the NWAC at Edmonds Community College from 2007-09, making two NWAC Championship tournament appearances with a third-place finish in ’08. Angela was voted captain of her team in ’09 and voted Second Team All-Northern Region and to the sophomore all-star team. 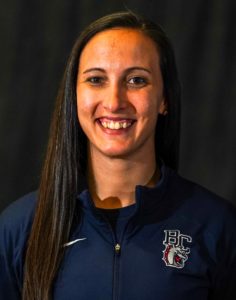 Jessica enters her fifth season with the Bulldogs. Prior to joining the Bulldogs, Jessica coached volleyball and basketball at the high school level in Texas.

Jessica was born and raised in Kansas where she competed at Hesston College in Hesston, Kansas for volleyball and basketball. She continued her education at Newman University on a basketball scholarship and graduated with a Bachelors in Education.

Jessica made the move to the Northwest in 2017 to finish her Masters in Counseling and now resides in Renton.