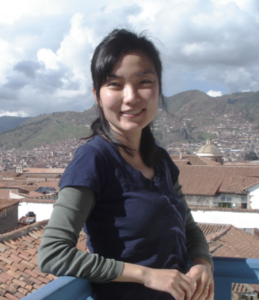 Nan Ma was born in Beijing and moved to Texas with her family in her teens.  As an undergraduate student, she studied Computer Science at Carnegie Mellon University before pursuing her passion for literature.  Her love for the written word is grounded in her belief that powerful writing impels us to see beyond our individual lives and make more meaningful, expansive connections with the world.

She received her Ph.D. from the Department of English at the University of California, Riverside, in 2009.  Her areas of teaching and research interests include Rhetoric and Composition, Ethnic American Literatures, 20th– & 21st-Century American Literature, and Asian American Literary and Cultural Studies.  Her scholarly work has appeared in Translation Review and the anthology Mothers Who Deliver: Feminist Interventions in Public and Interpersonal Discourse. She also has an abiding interest in creative writing.  Her creative essays in Chinese have appeared in World Journal and other Chinese language newspapers.

Before joining the Bellevue College community, she has taught at the University of California, Riverside, Grinnell College, and Nanjing University, where she received a merit award for teaching excellence.  She loves teaching and is eager to share her appreciation for the beauty and power of language and literature with her students at BC.