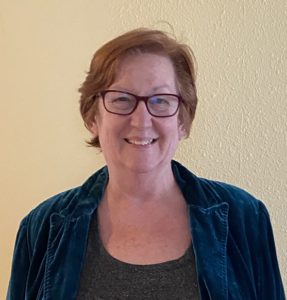 Tammis Doyle (Tammi)
Believes that everyone has a place in the theatre. She also is confident that enrichment, entertainment, engagement and community comes from the making and sharing plays and musicals. She believes that theatre can indeed change the world.

Tammi is a professor of Theatre Arts/Drama at BC where she has directed over 50 plays and musicals. She teaches Acting, Directing, Playwriting, Musical Theatre, Intro and Dramatic Literature. She is past president of NWDC (New/North West Drama Conference) and is active with KC/ACTF (Kennedy Center American College Theatre Festival.) She has directed professionally in San Francisco and Seattle at Arts West, Seattle Musical Theatre, NW Asian American Theatre, and Music Theatre Works (MTW) to name but a few. Her original plays and musicals have been produced by MTW, Renton Civic, 5th Avenue Theatre (Seattle Fringe Festival,) Working Theatre Collective in Portland, Youth Theatre NW, Seattle PlayHouse for Young Performing Artists, the Seattle School District and Bellevue College. Tammi’s short story “Photoleaping” was published in the BC magazine, Belletrist. She wrote the songs for the BC produced film Rocket Man the musical and a sng for Bellevue College’s 50th anniversary “My BC.” She received her BA in History from UC Berkeley and her MFA in Theatre Direction from the UW.

Her favorite pastimes are going to watch theatre and listening to music anywhere and everywhere, pouring over showtunes and spending time with family and friends. Often doing the favorite things just listed.