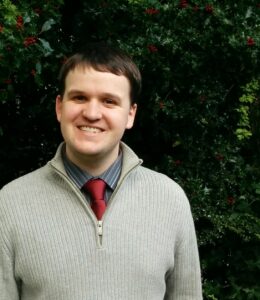 Dr. Martel has a wide range of clinical training/experience in which he has worked therapeutically at a local middle school, a private practice, as well as the University of Puget Sound and Highline Community College. In these settings, he gained experience working with adolescents aged 10-16, male and female survivors of sexual abuse, as well as traditional and non-traditional college aged students.

His psychotherapeutic interests include anxiety, depression, trauma, and gender/sexuality issues; which includes working with the Lesbian, Gay, Bisexual, and Transgender (LGBT) community. He is also interested in the identity/developmental issues pertaining to college students.

Therapeutically, Dr. Martel works from an integrative perspective and believes that ascribing to one form of therapy limits the potential growth of his clients. In using an integrative perspective he is able to identify and harness each of his client’s individual strengths, and work with them using tailored interventions based on their presenting symptoms. Ultimately, this allows him to honor his clients by not forcing them into a prescribed role and thus allows him to utilize the therapeutic relationship to help his clients reach their full potential.

Immediate help for an urgent situation

Call 911 if you are experiencing a life-threatening emergency

24-hour support for students, staff and the BC community

If you or someone you know is experiencing a crisis and our office is closed, these resources can offer assistance.