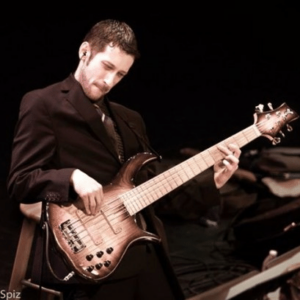 Tim Carey is a multi instrumentalist, bassist, and composer from Seattle Washington. Carey has played bass professionally since 2003 touring and performing in twenty-six different U.S. states, Canada, the Bahamas, Puerto Rico, Thailand, Japan, and South Korea with musicians such as Jovino Santos Neto, Patrinell Wright and the Total Experience Gospel Choir, the Jim Knapp Orchestra, Adam Rapa, Brothers of Soul, J.J. Barnes, Harvey Wainapel, and his own groups. Carey can be heard playing in Seattle with the Jovino Santos Neto Trio, Reptet, Hardcoretet, Sambatuque, Zubatto Syndicate and as a leader of his own jazz quintet. Since graduating in 2006 with a Bachelor of Music from Cornish College of the Arts, Carey has taught privately as well as presented clinics and workshops at high schools and colleges throughout the United States including at CalArts, the University of Nevada, and the University of Alaska at Fairbanks.