Faculty Fanned Flame of Writing Passion for Novelist and BC Alumna 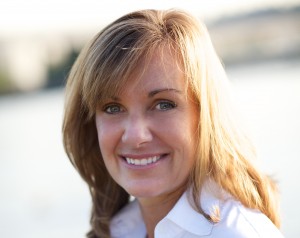 Novelist Deb Caletti has fond memories of two Bellevue College English faculty members for their strong support of her work while a student here: Joan Kotker and Pauline Christiansen. Caletti is best known for her dozen Young Adult novels, which have garnered her numerous awards and a National Book Award nomination for her first adult novel, “He’s Gone.”

When Caletti was taking a class from Christiansen, she had to stand in front of the class to read her story to all the other students and found it thrilling. It was a defining moment in her life. She made up her mind to be a published writer one day and would keep trying until she succeeded.

Kotker was also supportive of Caletti.  “Joan Kotker was the director of the Writing Lab and she hired me to work as a writing tutor,” said Caletti, which was another self-confidence booster and put some money in her pocket.

Caletti also has appreciation for Christiansen, who said of Caletti,

“I love, love, love her! She is not only an excellent writer, she is a wonderful person with a terrific sense of humor. We are really proud of her.” Christiansen also has kept a story of Caletti’s which was a class assignment.

Caletti started writing at a young age, and is a self-described “quiet kid with a stack of books.” After attending BC, BCC then, she graduated from the University of Washington in 1985 with a degree in journalism, but journalism was not her passion. Caletti said, “I always wanted to be a writer.” But her youngest child was 2 years old when she decided to buckle down and get serious about it. A voracious reader, she credits all the authors she has read for contributing to her training as a novelist.

Her second novel for adults, released earlier this year, is “The Secrets She Keeps” (Bantam). Often her books are set in the Pacific Northwest, but Nevada is the predominate setting for this book. It is the story of a woman who feels lost in what has happened to her life, and then finds larger meaning – and mystery – within her own family and background. The seeds for the novel were planted when she discovered a book called “The Divorce Seekers: A Photo Memoir of a Nevada Dude Wrangler,” published in 2004, about Nevada’s famous dude-divorce ranch business that catered to wealthy Easterners and Hollywood celebrities, including Ava Gardner and Rita Hayworth. Nevada was legend as the place to go to get a quickie divorce in the early 1950s. That and dude ranches created a unique culture that Caletti captures in the novel.

“I was shocked to find nothing else written about it, those divorce ranches of the early 1950s,” Caletti said. The prospect of mining the unique aspects of those ranches intrigued her, “especially the glamorous women who came there.” She loves to write about relationships and that is a recurring theme in her work, but this book also is historical. She did a lot of research for the book, including laws, hairstyles, clothing, even the language. Language changes over time, too,” said Caletti. She also researched mustangs, which play a part in the plot, and listened to music of the era.

After years of writing successful books in the Young Adult genre, Caletti’s arrangement with her publisher now is to write a book every year, an adult novel this year and a YA book the next. She recently submitted her next YA book and began in September to write her next adult novel.