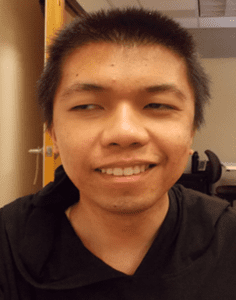 For 18 years Brian has been creating art inspired by the TV shows he used to watch as a child. Spending hours of the day sketching his favorite characters from the Dragonball Z anime. Eventually, Brian lost his sight, turning art from a pastime into a means of coping with his disability and the stresses that come along with it. Unable to watch television as he once could and sketch his favorite characters as accurate as before, Brian turned his frustration into motivation to create his own characters, stories and comics.

At first, Brian drew with pencil on braille paper eventually, transitioning to using a stylus and iPad to create. He now writes and illustrates his own manga under the title “BLINDSAMURAI” using text based off various levels of braille that closely resemble Kanji to fill in the speech bubbles. He hopes to create a fully realized world complete with its own stories and characters that only he and a select few will understand. Recreating a similar situation Brian had experienced in his youth, feeling unable to be completely amerced in the same anime and manga/comics his peers were interested in.